Is It Dangerous For Chiropractors To Work On My Neck?

Why doctors that tell their patients to never let a chiropractor touch their necks have got it all wrong. Dr. Williams, chiropractor Amarillo TX, explains 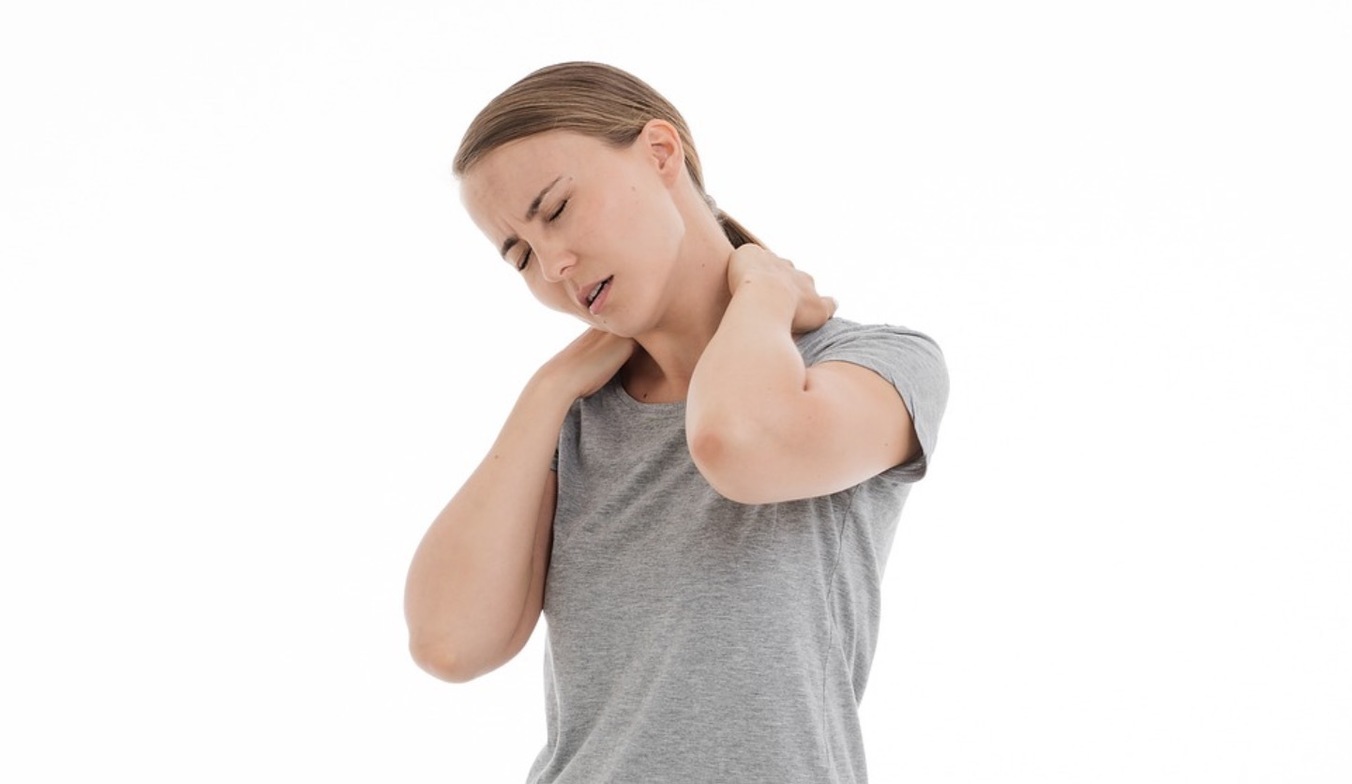 Is It Dangerous For Chiropractors To Work On My Neck?

Why doctors that tell their patients to never let a chiropractor touch their necks have got it all wrong.  Dr. Williams, chiropractor Amarillo TX, explains

It is common to have new patients come into our office with neck pain that desperately want relief. It is also common for them to be scared to death to have a chiropractor adjust or ‘pop’ their neck. They want relief but they have been told things that would scare anyone on the planet. Not only are we dealing with things these patients have been told but we are also dealing with the ‘Hollywood Factor’.

Meaning, most people in the US have seen Rambo movies, Chuck Norris movies, or just about any other action hero’s movies. They sneak up on the unsuspecting target from behind like a stealthy tiger emerging from the brush and BAM! They jump on them from behind and twist their neck in some grotesque way killing them instantly before going on to the next victim.

Those movies do the chiropractic profession no favors whatsoever. In all honesty, they do the patients that suffer from headaches and neck pain no favors either. Mostly because they scare them from getting help for their pain.

The truth is that, under normal conditions, it is extraordinarily safe for a trained chiropractor or osteopath to adjust your neck in order to encourage proper movement, increase the proprioceptive input in the region, modulate the pain, and increase the blood flow at the segmental level. All of these effects help people begin recovering from sore and stiff necks as well as headaches.

Have you ever watched a UFC match where one fighter has the other in a guillotine move or a rear-naked chokehold? There is another move called the anaconda where fighters are putting the other into very precarious and dangerous chokeholds and submission holds. If THOSE sorts of actions do not cause strokes, how on Earth can one imagine that a gentle, safe neck adjustment by a trained professional could cause such a thing? Just think about it.

What about people walking around popping their own necks all day long every day? While there are a handful of reported cases of significant adverse events from self-adjusting, if it were THAT dangerous, people would be falling out right and left and the ER would be full of these patients suffering strokes and artery tears.

We have had several patients come to see us for low back issues that are sure to tell me their family doctor told them to never let a chiropractor touch their neck. Now, why would that be exactly? Let me start here; years ago, back in the 50s, 60s, and 70s, the American Medical Association, in cooperation with all of the state medical associations, waged a campaign against chiropractors in an effort to wipe the profession of chiropractic off of the face of the Earth. It was so obvious that the chiropractic profession won a lawsuit against them at the Supreme Court level proving they were guilty of violating the Sherman Antitrust Act.

In fact, a federal appellate court judge ruled that the American Medical Association had engaged in a “lengthy, systematic, successful and unlawful boycott” designed to restrict cooperation between medical doctors and doctors of chiropractors in order to eliminate the profession of chiropractic as a competitor in the United States health care system.

Part of the campaign was to convince people that chiropractors can give patients strokes and potentially kill them. If you can demonize your competition, you can win. Today, in 2020, things are MUCH better and there is a much better environment of working together that exists between chiropractors and the medical profession. But the damage was done decades ago and chiropractors still must deal with the repercussions.

To begin let’s ask the experts. Research by PhDs, medical doctors, and universities have concluded that the research does not support the idea that chiropractors directly cause strokes. The Rand Institute estimates something bad arising DIRECTLY from a chiropractic visit at 1 in 1-2 million visits.

Let’s put 1 in 1-2 million into some sort of perspective.

There are over 70,000 chiropractors in the United States. Maybe even up to 80,000 by now. If these chiropractors were really out there in the country causing strokes all of the time, you would absolutely know about it. The truth is, it is not happening.

Let’s briefly cover what some really good research papers have to say about it all. A recent comprehensive review in 2017 by Chaibi et. al(Chaibi A 2018). concluded …. the reality is (a) that there is no firm scientific basis for direct causality between cervical SMT and CAD; (b) that the ICA moves freely within the cervical pathway, while 74% of cervical SMTs are conducted in the lower cervical spine where the VA also moves freely; (c) that active daily life consists of multiple cervical movements including rotations that do not trigger CAD, as is true for a range of physical activities; and (d) that cervical manipulation and/or grade C cervical mobilization goes beyond the physiological limit but remains within the anatomical range, which theoretically means that the artery should not exceed failure strain. These factors underscore the fact that no serious AE was reported in a large prospective national survey conducted in the UK that assessed all AEs in 28,807 chiropractic treatment consultations, which included 50,276 cervical spine manipulations.”

That’s one of the newer papers but there are many many more. One of the biggest done on this specific topic was by JD Cassidy, et. al(Cassidy 2008). Dr. Cassidy underwent a nine-year study that took into account approximately 109,000,000 person-years for patients that went to both chiropractors and primary family doctors. They noticed that patients had strokes at the same instance or prevalence after visiting either type of practitioner.

We know well that family doctors do not manipulate the neck or any other region of the skeleton. So why would their patients have strokes at the same rate as they would have after visiting a chiropractor? Especially if chiropractors are causing strokes ‘all of the time’. The conclusion was that patients are going to both types of doctors already suffering the stroke. The practitioners were not CAUSING the strokes.

These types of strokes or arterial tears can have symptoms as simple and innocent as just a headache or potentially a headache and one-sided neck pain. Physicians in an emergency room miss these types of complaints. It can be very hard to diagnose without advanced imaging and you certainly cannot perform MRI’s with contrast on every single person going to a chiropractor or a family doctor with something as simple as a headache or neck pain. It is not financially feasible.

To an untrained practitioner, many of these can slip by undiagnosed. Then the condition deteriorates so the patient goes to the emergency room. At the ER, the doctors and nurses ask if they have been to a chiropractor and had their neck worked on. At this point, the correlation is lazily made that the chiropractor caused a stroke. You should have guessed by now that the truth is that the patient went to the family doctor or chiropractor already having the stroke, it was subtle and simply missed, and then it deteriorated to the point of seeking treatment at the ER. Neither of these practitioners is out there causing strokes themselves. THAT is the most important part that is vital to understand.

With that being said, if there has been recent trauma or recent onset of the worst headache ever experienced, especially in a younger person, a chiropractor should be suspicious and look deeper. Although very hard to diagnose, a trained professional will have a better chance of catching one in time than a non-trained professional.

There are multitudes of quality, high-level research papers proving that not only do chiropractors cause no harm as a general rule, but in fact, spinal manipulative therapy utilized by chiropractors is indeed beneficial for headaches, neck pain, back pain, and joint pain. Big time helpful as a matter of fact.

Let us just for a moment assume chiropractors are actually dangerous (which of course, they’re not), what would be the alternative to get rid of headaches and neck pain?

Therefore, when a doctor or nurse or any other medical professional….or any other person on the planet….tells you to never let a chiropractor touch your neck, that simply informs you that they are not quite up on the specific research for that specific topic and should probably not speak on it without a comprehensive stroll through the literature. Attempting to fall back on just one’s perceived experience, in the research world, is just relying on anecdotal evidence and that is simply not how it works. Anecdotal evidence is no evidence at tall.

Fortunately for all of us, the work has already been done and the questions have already been answered.  It is exceedingly safe to visit your chiropractor and have them work on that neck pain or that headache.

Dr. Jeff Williams, DC, FIANM is a Fellowship-trained Neuromusculoskeletal specialist and chiropractor in Amarillo, TX. As an Amarillo chiropractor, Dr. Williams treats chronic pain, disc pain, low back pain, neck pain, whiplash injuries, and more. Dr. Williams is also the host of The Chiropractic Forward Podcast. Through the podcast, Dr. Williams teaches fellow chiropractors and advocates weekly for evidence-based, patient-centered practice through current and relevant research. If you have any questions for Dr. Williams, feel free to email at [email protected] 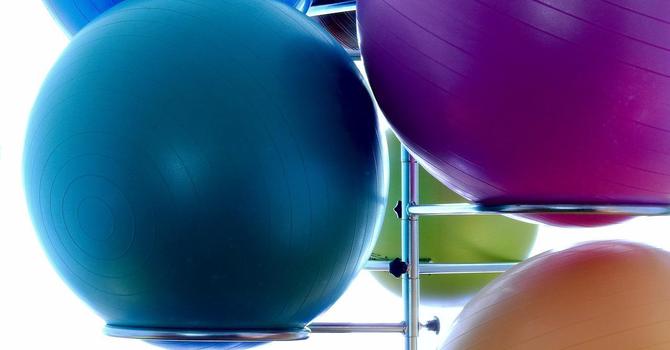 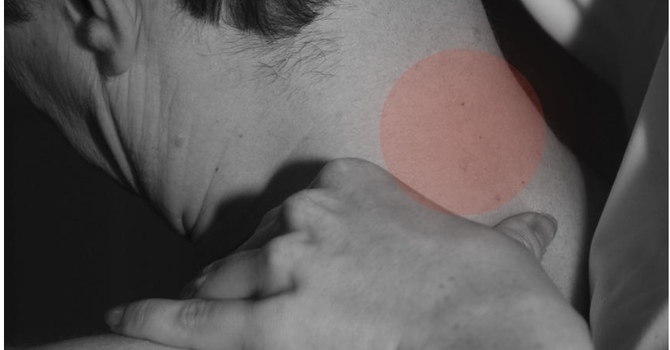 Get Rid Of Neck Pain From Sleeping Wrong! 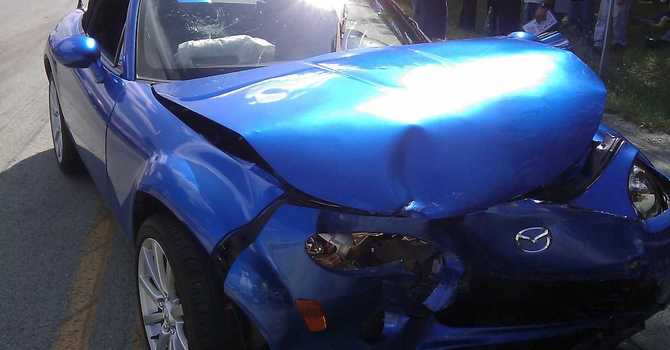 You Were In A Wreck & Medical Clinics Won't See You - Now What?