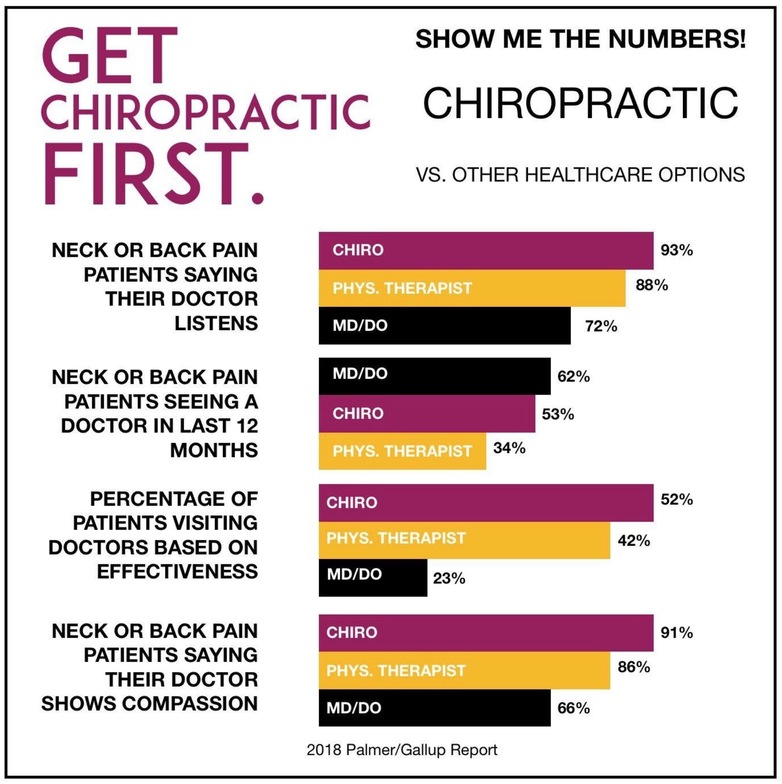 Yes, we have all known that the healthcare system has issues and we have known this for years and years.

We aren’t talking about Obamacare and all of that though. The broken part of the healthcare system I want to talk about today probably is not as apparent to people outside of the profession and maybe not that apparent to many inside the profession. But it is glaringly obvious to the ones paying attention. And I pay attention.

The broken part is in the form of low back pain and non-complicated neuromusculoskeletal pain. What does all of that mean? Non-complicated means no obvious dislocation, cancer, fractures, or other significant or surgical issues. It’s non-complicated.

I want to be upfront here, several chiropractors are very anti-medical world. They dislike and distrust medical practitioners. They discourage the use of pharmacology, prescription use. They discourage vaccines and things of that nature. I am not that kind of chiropractor. I believe very much that an integrated approach to treating pain allows the patient to be the winner ultimately. So, when I say that non-complicated neuromusculoskeletal pain is not typically in the direct wheelhouse of a primary practitioner, understand that opinion is coming from experience, not some sort of real bias.

To prove my point, I will demonstrate that the American College of Physicians, led by Qaseem et. al.(Qaseem A 2017) in the Annals of Internal Medicine updated their treatment recommendations for treating long-term and short-term low back pain. For FIRST-LINE TREATMENT, they included things many chiropractors offer for acute and chronic back pain. FIRST-LINE treatment means they should do these things before trying ANYTHING else!

Even the Journal of the American Medical Association, which has historically attacked and hated chiropractic, published a paper in support of spinal manipulative therapy(Page N 2017).

Now that you know what nationwide physician groups have been recommending for low back pain for 3-4 years now, ask yourself what a family physician (or even a surgeon) would do with you right now if you went in for treatment. What would they recommend?

I’ll tell you what they would likely recommend. You would typically get some combination of the following:

In and out, bing bang boom. Next patient, please.

That doesn’t make them bad. Please don’t misunderstand me. I have respect for the medical community and I support them. But I also support them following current guidelines as well. And, at the end of the day, it’s OK to hold them to it.

Recall, FIRST-LINE recommendations by the largest group of physicians in the U.S. says six things that should be done first are done by most evidence-based chiropractors. Yet, we don’t see these first-line recommendations reflected in the most common recommendations coming from the medical world right now.

That’s broken and it needs to be fixed.

That’s only PART of the problem though. Cost is a big part of the problem. The White House (Mutikani L 2017) report in 2017 said that there are barriers set up by Medicare and by insurance companies that prevent patients from seeking care with alternative care givers like chiropractors and that these barriers should be done away with given more current advice, information, and guidelines.

Just for an exclamation point on the discussion, let’s throw in the fact that over 72,000 Americans died last year of opioid-related overdoses. Many of those became addicted to opioids through prescriptions for back pain that got out of hand.  72,000 Americans in one year. I believe the total over the past 5-6 years of opioid-related deaths is somewhere around the 450,000 mark. That’s almost as many people that died during the Civil War when we were killing each other and about 50,000 more Americans than died in World War II. We should be worried about COVID but this is still on the map as well.

Let’s give the VA system some credit. They have taken notice and we chiropractors do see a trickle of patients from the VA in order to get their vets off of opioids. And it’s working folks. I can’t tell you enough how effective it is. Our veterans often tell us how much better they feel, how much better they sleep, and some have even said they were thinking about suicide before we were able to finally give them some relief.

Well, that’s pretty huge, right? Of course it is!

Still, a systematic review came out this month (Wertheimer G 2020) showing opioid use being reported by 26.8% of people with chronic non cancer pain. And, you guessed it, no sudden wave or influx of patients coming to us from the medical field yet.

Not only that, but this on the insurance companies; a recent paper was just published last month by Whedon et. al. (Whedon 2020) demonstrating an ongoing injustice in a  broken system. This study was done in New Hampshire from 2011 through 2017. Through that time span, the odds of reimbursement for both acupuncture and chiropractic care remained lower. In 2017, as compared with primary care (which means family doctor), the likelihood of reimbursement was 72% lower for chiropractors.

Again, no disrespect meant here but it’s simply the truth. They have bigger fish to fry like heart disease, diabetes, obesity, cancer, and things of that nature. Simple musculoskeletal pain simply is not in their wheelhouse. But it IS what we study, specialize in, and deal with every single day of our career. Honestly, which would you rather go to when it’s put bluntly in those terms?

A nationwide poll was conducted by the Palmer/Gallup group. (O'Connor J 2015) It showed us that medical doctors and chiropractors are the top choices for neck and back pain in American. 53% saying a medical doctor while 28% said chiropractors. Interestingly, only 6% suggested physical therapy but, that is the medical world’s ‘go to’ referral for now.

The poll also showed us that one of the main reasons that people won’t go to a chiropractor in the first place is because they don’t trust chiropractors. Another reason is that they don’t think it’s safe to go to a chiropractor. These concerns can be put to rest by simply saying, “You trust your family physician and your family physician’s main group, the American College of Physicians now says essentially, go to your chiropractor for back pain.” There’s your trust and your safety concern all wrapped up into one single recommendation by a group that is the ultimate cultural authority.

To wrap it up, in the 2018 Palmer/Gallup Report it showed:

With huge medical groups, the most respected medical journals, and the White House now all recommending more widespread use of alternative care like chiropractic and the dismantling of the insurance industry barriers against alternative care, it is now time to fix this very broken aspect of the healthcare system.

The way musculoskeletal pain is treated by the medical community in the United States no longer makes sense. It is, at this point, achaic and outdated and even runs into ethical boundaries if it is not altered.

When the research is so very clear of the benefits of an evidence-based chiropractic practitioner, why would you NOT want to be treated by one? Safely, conservatively, cost-effectively, and without drugs or surgery. Doesn’t that just make common sense?

When compared to treatment with a physical therapist and/or a medical primary care doctor, chiropractors, almost every time, come out on top of the heap with our patients getting better results, being happier with their practitioners, and having spent less money with their chiropractor.

For non-complicated back and neck pain, you see an evidence-based, patient-centered chiropractor first.

Dr. Jeff Williams, DC, FIANM is a Fellowship-trained Neuromusculoskeletal specialist and chiropractor in Amarillo, TX. As an Amarillo chiropractor, Dr. Williams treats chronic pain, disc pain, low back pain, neck pain, whiplash injuries, and more. Dr. Williams is also the host of The Chiropractic Forward Podcast (http://www.chiropracticforward.com). Through the podcast, Dr. Williams teaches fellow chiropractors and advocates weekly for evidence-based, patient-centered practice through current and relevant research. If you have any questions for Dr. Williams, feel free to email at [email protected]Learn more about Dr. Williams and his practice at https://www.amarillochiropractor.com. 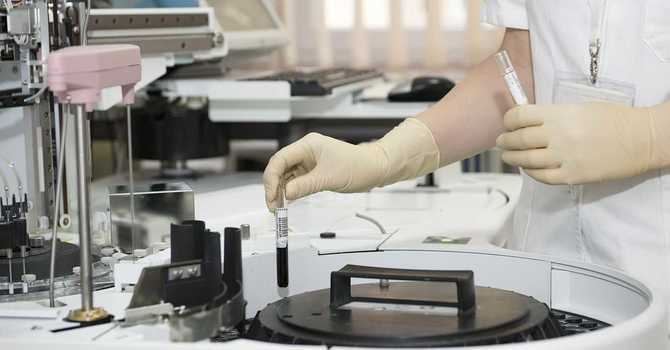 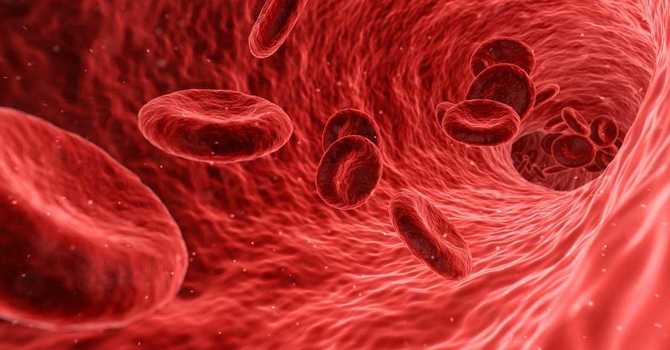 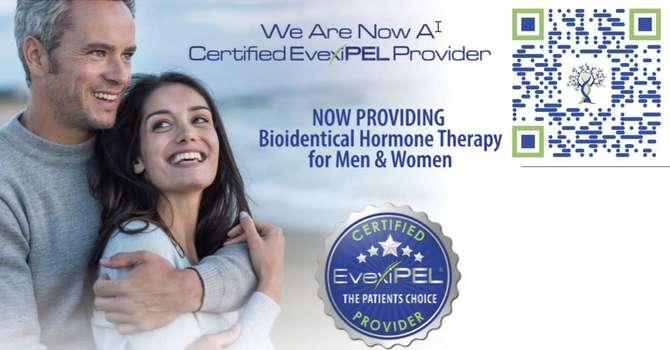